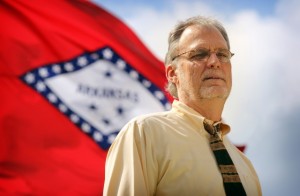 The John G. Ragsdale, Jr. and Dora J. Ragsdale Endowed Professorship at SAU was established by a couple who is known for their generosity and support of Arkansas history and will benefit a professor who has spent decades himself researching and writing about the Natural State.

Dr. Johnson has seen something of a renaissance in the development of documenting Arkansas’ history, and he himself has authored three books toward the cause and served in leadership positions on state historical associations. Yet he still yearns to continue to advance the history of this state and is thankful to the Ragsdales for their contribution and inspiration.

“John and Dora Ragsdale have for many years graciously and tirelessly supported those who study and write Arkansas history,” said Johnson. “It is more than fitting that they would make possible the state’s first endowed professorship in Arkansas studies. SAU benefits greatly from their generosity, and I am extremely honored to be selected as the Ragsdale Professor.”

Funds from the professorship will allow Johnson to continue to update and revise his book initially published in 2000, Arkansas in Modern America: 1930-1999. He calls this financial support “critical” as he tries to figure out Arkansas history, particularly recent events. His research includes traveling throughout the state and region to visit various archives; work that he says was not being done when he “crossed the Red River in 1979.”

Johnson, a native of West Texas, remembers growing up where there was “an exaggerated importance of that state’s history.” He said he was shocked when he moved to Arkansas and it seemed as though this state’s history did not seem to be valued. According to Johnson, he had trouble finding books on Arkansas history, which made learning about the past here difficult. But that only intrigued him, and he saw it as an opportunity.

“It was an open frontier,” said Johnson. “A historian could run far and wide, following any lead, and he or she would not risk running into work done by anyone before.”

Johnson said that the value of Arkansas history has increased dramatically in the past 30 years. He credits this turnaround to many things, such as the University of Arkansas Press including in its mission in the 1980s to publish books on Arkansas history, the creation of the online Encyclopedia of Arkansas History and Culture, and advocates like the Ragsdale family.

Dr. Trey Berry, SAU vice president for academic affairs, shares Johnson’s sentiments about the Ragsdales, which is what gave him the idea to approach the couple about this unprecedented professorship.

Johnson earned a Ph.D. in history from the University of Arkansas, and has taught in higher education for more than 33 years. He served as Dean of the College of Liberal and Performing Arts at SAU from 2007 to 2011 and was promoted to professor of history in 2010. In addition to the book he authored in 2000, he has written two additional books on Arkansas history. He is currently the vice-chair of the State Review Board of the Arkansas Historic Preservation Program and has served as vice president of the Arkansas Historical Association. He is also on the board of editors of the Arkansas Historic Quarterly. He and his wife, Sherrel Johnson, reside in El Dorado, Ark.