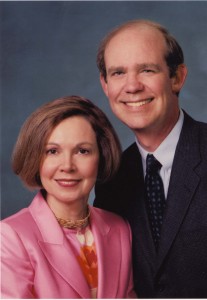 MAGNOLIA – Ever wonder what it would be like to grow up in the White House?David and Julie Eisenhower will share their experiences as speakers for the eighth annual Farmers Bank and Trust Distinguished Speaker Series on Thursday, Sept. 13.

David is an historian and the Director of the Institute for Public Service at the Annenberg Public Policy Center. He serves as a senior research fellow at the University of Pennsylvania’s Annenberg School of Communication and is a fellow in the International Relations Department at the University.

In February 2002, David Eisenhower was named editor-in-chief of the Foreign Policy Research Institute’s ORBIS journal. He has lectured widely to audiences across the United States on the Presidency, foreign relations, and World War II.

Julie has lectured extensively throughout the US on the presidency, life in the White House, women in politics, the Cold War and leadership. As Assistant Managing Editor of the Saturday Evening Post from 1973-75, she helped establish a book division for the Indianapolis-based parent company, the Curtis Publishing Company, and edited a series of anthologies and children’s books. Since that time, she has written three books, including the best-selling “Pat Nixon: The Untold Story.”

She is also a lifelong volunteer. During the Nixon Administration, her efforts on behalf of children, the elderly and the environment led her to be voted four times by Good Housekeeping magazine readers one of the Ten Most Admired Women in America. Throughout the eighties, she was an advocate for special needs children, serving on the boards of the National Adoption Center and Philadelphia’s Please Touch Museum for Children. In 1991, she was named a Distinguished Daughter of Pennsylvania for her community service.

The two-part event will begin at 6 p.m. with a private reception at Farmer’s Bank and Trust and continue with a 7 p.m. dinner and lecture in the Grand Hall of the Donald W. Reynolds Campus and Community Center.

Includes eight to ten tickets to dinner, lecture, and private reception with photo, Premium seating, Name prominently displayed on table, Recognition in the event program, and Mention during the event.  (Table location in Gold Section assigned upon receipt of payment.

Includes eight tickets for the dinner and lecture, two tickets to private reception with photo, Name prominently displayed on table, Recognition in the event program, Mention during the evening.  (Table location in Blue Section assigned upon receipt of payment.)

Please CLICK HERE to be an event sponsor or to purchase individual tickets.  You may also contact the SAU Foundation at 870-235-4078 for tickets or more information.