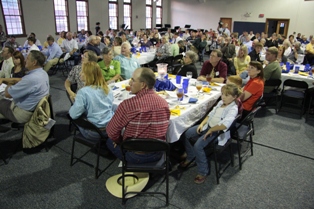 More than 150 people attended a Muleriders on Tour in Mena, Arkansas on September 8, 2009, at the Mena Historic Armory. Featured speaker at the event was Dr. Jeff Miller, new Chairman of the Agriculture Department at SAU and formerly of Mena.  This was the fourth in a series of Muleriders on Tour events scheduled as part of the University’s Centennial Celebration.

In addition to visiting with friends and networking, guests enjoyed a chicken dinner prepared by Chuck Bell of Tyson’s and his helpers, and a performance by the Mena High School Jazz Band.

Dr. David Rankin, President, Southern Arkansas University, described the school’s progress on fulfilling the Blue and Gold Vision and introduced Miller, chair of the SAU Agriculture Department. Miller expressed his dedication to providing a quality agriculture program at SAU for the young people of southwest Arkansas. Carla Vaught (’84) gave a presentation on the variety of hats that Miller has worn in his life.

Others who spoke on the importance of SAU, agriculture, and education to the region were Donald Westerman (’87), Southern Regional Education Board, Dr. Keith Lusby (‘68), Animal Science Department Head, University of Arkansas and  Representative Bill Abernathy.  Jim Baker (‘68), Vice President of Business Development, National Bank of Arkansas, closed the evening with some personal memories of SAU and his experiences in agriculture to emphasize the importance of a university education. 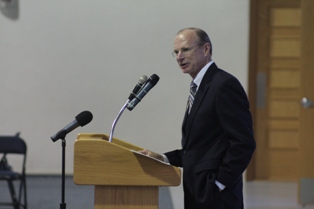 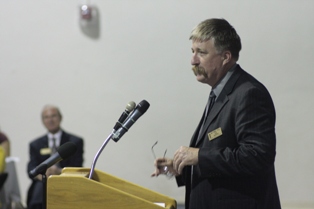 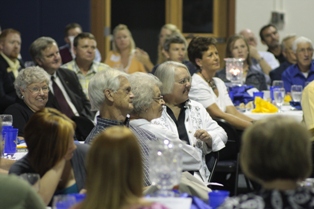 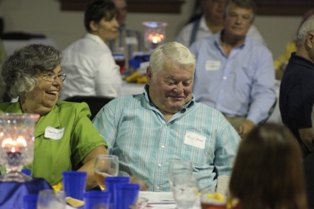